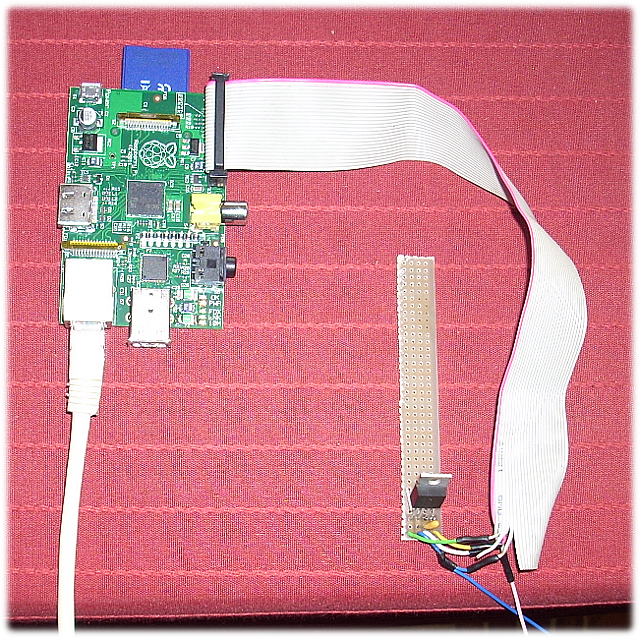 On the software side, I make use of the Debian Sqeeuze Image, but upgraded the kernel to Chris Boot’s Raspberry Pi Kernel. I have also installed i2c-tools. 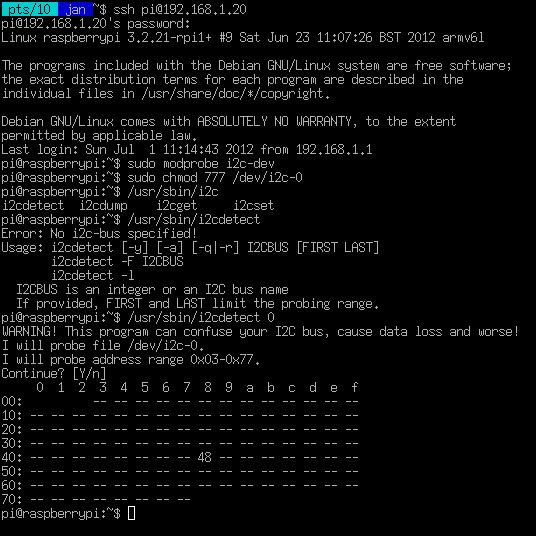 And with i2cget, I can read the current temperature (hex) of the TC74.

To make all this available to a webserver like in my previous post, I have changed cgi-bin/temp to the following:

Which gives the following result when I connect with a web browser to the Raspberry Pi: 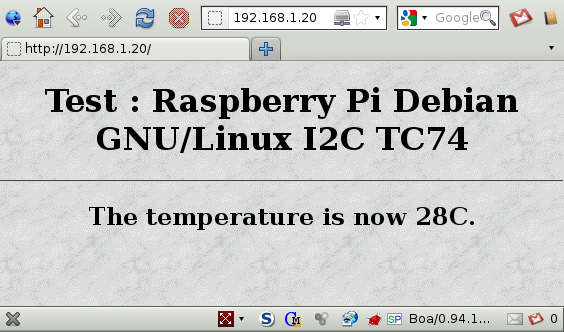